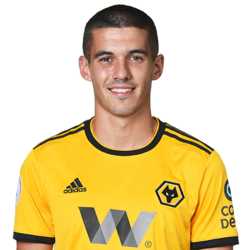 Wow! This means the average man in the UK needs to work for at least 2.2 years to earn the same as Conorinho earns in only 1 month.

Conorinho has been playing professional football for a long time but he has not yet played a whole lot of Premier League football. He still has a ways to go but he is most certainly a millionaire, so don't feel too sorry for the guy. His current Net Worth is 4 Million Euro (3.5 Million Pound). He was once bought by the Wolves for a fee of 2.5 Million Pound. We do think that his value has risen but it has been very slight. At the moment his Market Value is roughly 3.5 Million Euro (3 Million Pound)

Coady Tattoo - Does he have one?