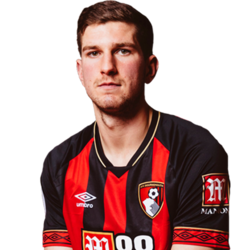 Mephy prefers to play as a central defender but can also play as a left back. He started his football career at the Chelsea youth academy. He was ten years old when he joined the Blues. At 14 he was released, and was turned down by other clubs such as Watford and Queens Park Rangers. Brentford was interested in the young defender and Mepham joined their academy in 2012. He impressed in Brentford's U16 team, and they offered him a scholarship deal in 2014. In February 2016 he signed his first professional contract at the club and became a member of the development squad. He did a good job by finishing his scholarship, and played 43 games for Brentford's youth team in the meanwhile. In the 2016-17 season he signed a two-year contract extension and made his debut in the first team only 2 days later. He replaced Harlee Dean during a 5-1 FA Cup win against Eastleigh. He made his official breakthrough in the 2017-18 season in which he played 23 games in the first team. He began the 2018-19 season as the undisputed first centre back choice. After a very good first half of the 2018-19 season he signed a long-term contract with Bournemouth in January 2019. Bournemouth paid Brentford a 12 Million Pound fee. Only one week later he made his debut for Bournemouth in the 4-0 win over Chelsea.

Wow! This means the average man in the UK needs to work for at least 3 years to earn the same as Mephy earns in only 1 month.

This lad is one of the most promising centre backs of the United Kingdom. After being released from the Chelsea youth academy he did not give up and made it to the Premier League by a detour. His current net worth is 4.0 Million Euro (3.5 Million Pound) - and this is not bad knowing he is still at the very start of his career. Bournemouth bought him for 12 Million Euro (10 Million Pound) and his market value is already slightly increased after some impressive BPL performances: 15 Million Euro (13 Million Pound).

Mepham Tattoo - Does he have one?