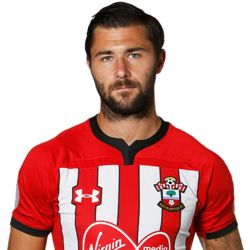 Wow! This means the average man in the UK needs to work for at least 9.8 years to earn the same as Charlie earns in only 1 month.

The Englishman has been around for a long time paying his dues in non-league football before getting his break with Swindon Town of EFL Two, he'd later play in the EFL Championship for Burnley and finally get his opportunity in the Premier League with QPR and Southampton, he has conjured up a net worth of €26 million (£23 million) during his time in English football. The striker has a market value of €10 million (£8.8 million).

Austin Tattoo - Does he have one?