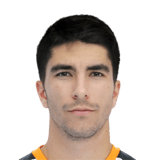 Wow! This means the average man in the UK needs to work for at least 5 years to earn the same as El Chino earns in only 1 month.

His wealth will be decided by how well he performs on the pitch. It's estimated to be about 2.5 million Euros now. His current market value is about 50 million Euros.

Soler Tattoo - Does he have one?