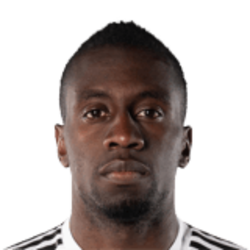 Wow! This means the average man in the UK needs to work for at least 15.4 years to earn the same as Matu earns in only 1 month.

The Frenchman has played for two of the biggest clubs in the world in Paris Saint-Germain and Juventus. The 32-year old has conjured a net worth in excess of €55 million (£47 million) over his storied career; now in his twilight years he retains a market value of €22 million (£19 million).

Matuidi Tattoo - Does he have one?