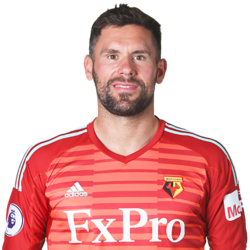 Wow! This means the average man in the UK needs to work for at least 4.2 years to earn the same as Ben earns in only 1 month.

The English goalkeeper has played for a host of Premier League clubs during his nearly two decade career including Stoke City, Manchester United, West Bromwich Albion and Watford. During that time he has conjured up a net worth close to €31.3 million (£27 million). Now at the twilight of his career, the 36 year old has a market value of €3 million (£2.7 million).

Foster Tattoo - Does he have one?