Join WTFoot and discover everything you want to know about his current girlfriend or wife, his shocking salary and the amazing tattoos that are inked on his body. Find out what house the Welsh left back lives in or have a quick look at his cars! 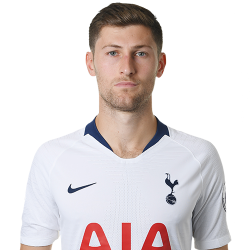 Wow! This means the average man in the UK needs to work for at least 9 years to earn the same as Uncle Ben earns in only 1 month.

Young and promising players from the United Kingdom are always popular among the Premier League clubs. It is unknown for how many Euro's Spurs bought the defender from Swansea, but we do know that this lad nowadays has a price tag around his neck of 30 Million Euro (26 Million Pound). He signed an amazing contract at White Hart Lane and currently has an estimated net worth of 13 Million Euro (11.5 Million Pound).