Join WTFoot and discover everything you want to know about his current girlfriend or wife, his shocking salary and the amazing tattoos that are inked on his body. Find out what house the English wing back lives in or have a quick look at his cars! 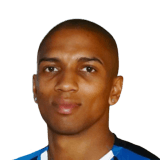 Wow! This means the average man in the UK needs to work for at least 15 years to earn the same as Youngy earns in only 1 month.

He belongs to the most respected players of Manchester United. With his age and experience he is a true veteran in the team of 'The Red Devils'. And he has a salary and net worth to prove that! After many years in the Premier League and winning many prices his net worth is currently estimated at 30 Million Euro (25 Million Pound). His market value once was 30 Million Euro but currently is 30 Million Euro (25 Million Pound). Will he move somewhere else in the near future or will he end his career in Manchester?

Young Tattoo - Does he have one?