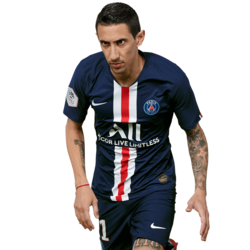 Wow! This means the average man in the UK needs to work for at least 32.4 years to earn the same as Fideo earns in only 1 month.

The mercurial Argentinian winger has played for some of the biggest clubs in the world including: Real Madrid CF, Manchester United FC and most recently Paris Saint-Germain. During his illustrious career he has conjured up a net worth close to €93 million (£82 million); the 31-year old wideman still commands a market value in the region of €40 million (£35 million).

Di María Tattoo - Does he have one?