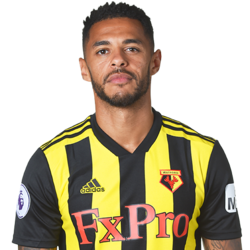 Wow! This means the average man in the UK needs to work for at least 9.9 years to earn the same as earns in only 1 month.

The Englishman has been around English football for about a decade with spells in EFL Two with Shrewsbury Town; in EFL Championship with Brentford, and Burnley with whom he won promotion; and in the Premier League Watford. He has a net worth estimated at €23.6 million (£21 million). The striker's market value is in the region of €13.5 million (£12 million).

Gray Tattoo - Does he have one?