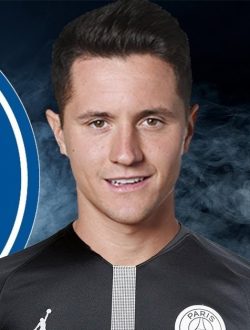 Wow! This means the average man in the UK needs to work for at least 9 years to earn the same as Herr Ander earns in only 1 month.

After playing for Real Zaragoza and Athletic Bilbao he signed a contract at Manchester United in the summer of 2014. According to our resources he currently earns a staggering 3.6 Million Euro (3.2 Million Pound per year. The player is, after many years in Manchester, believed to have an net worth of 20 Million Euro (17 Million Pound). At the moment the midfielder is in the strength of his life and his market value is estimated at 25 Million Euro (22 Million Pound). He made the move to PSG with a transferfree status, so PSG did not pay anything.

Herrera Tattoo - Does he have one?