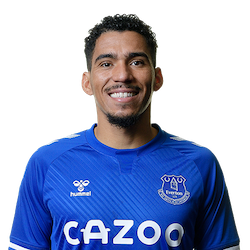 Wow! This means the average man in the UK needs to work for at least 9.0 years to earn the same as O Motor earns in only 1 month.

The Brazilian started out at native club Vasco de Gama before moving to Italy to play for Serie A club Udinese in 2012. But it is with another Serie A club, SSC Napoli, that he made a name for himself and caught the eye of European audiences. In the summer of 2020 he moved to England to play for Everton. The Brazilian's tenure in the game has seen him bag a net worth of 30 Million Euro (27.1 Million Pound). The Goodison Park faithful paid around 25 Million Pound (22.6 Million Pound) to bring the midfielder to Merseyside, and at 29 we'd be surprised if his market value rose in the coming years.

Allan Tattoo - Does he have one?