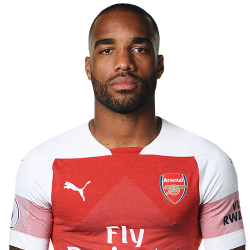 Wow! This means the average man in the UK needs to work for at least 18 years to earn the same as Lagâchette earns in only 1 month.

His net worth is currently estimated at 17.5 Million Euro (15.5 Million Pound), since he was already one of the best earning players of the Ligue 1 during his time for Olympique Lyon. He signed a amazing contract at Arsenal, for a couple of years more, so.. we guess he is fine for the rest of his life. His current market value has, despite this slow start at Arsenal, in today's crazy market grown up to 70 Million Euro (62 Million Pound).

Lacazette Tattoo - Does he have one?