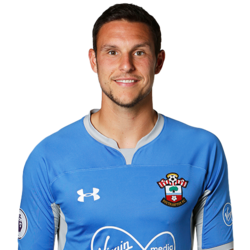 Born in Guildford, Surrey, England, his youth career was spent in the academies of Wimbledon, Wycombe Wonderers, and Reading, with whom he signed his first professional contract in 2008. To gain first-team experience he went out on loan across various divisions of English football, this included stints at Conference Premier clubs Cambridge United and Woking, Conference South with Team Bath, and EFL Two with Aldershot Town, but more often than not he remained as the second choice goalkeeper and never got the playing time he desired. His first real taste of competitive football came in the 2009/10 season when he went on loan to EFL One outfit Yeovil Town. He appeared in 44 league fixtures of The Glovers keeping 12 clean sheets, upon his return he was given a new three-year contract with Reading. He made his Premier League debut in the 2012/13 season replacing out of favour keeper Adam Federici as Reading fell to a 3-1 defeat against Tottenham Hotspur on 16 September 2012, this gave him the distinction of having played in six top levels of English football by the age of 22. His first real opportunity at Reading came during the 2013/14 EFL Championship season, he made 44 appearances and kept 12 clean sheets as The Royals finished mid-table. He signed for Premier League club Crystal Palace on July 2015 but would be on the move again after a single season, this time he joined fellow Premier League club Southampton on a three-year contract. He was initially used as a back-up keeper to Fraser Foster but took over the position between the sticks midway through the 2017/18 season following Fraser Foster's poor form. On June 2018 he signed a new four-year contract with the club which reflected The Saints' faith in the Englishman as their first-choice goalkeeper.

Wow! This means the average man in the UK needs to work for at least 7.1 years to earn the same as Macca earns in only 1 month.

The Englishman has kept goal for well over a decade in English football but mostly as a second-choice keeper, a journeyman, he has had stints with Reading, Leeds United, Ipswich Town, Queens Park Rangers, Crystal Palace, and Southampton among quite a few other clubs, during that the has conjured up a net worth close €19.2 million (£17 million). Now at 30 years of age he has a market value of €5.1 million (£4.5 million).

McCarthy Tattoo - Does he have one?