Join WTFoot and discover everything you want to know about his current girlfriend or wife, his shocking salary and the amazing tattoos that are inked on his body. Find out what house the Welsh midfielder lives in or have a quick look at his cars! 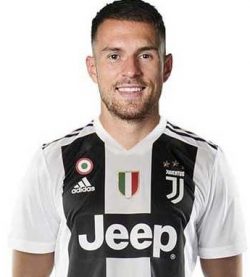 Wow! This means the average man in the UK needs to work for at least 55.2 years to earn the same as The Rammer earns in only 1 month.

He has played at Arsenal for a pretty long time, so it is safe to say that he has made more than his fair share of cash. He is making several millions per year and as such his net worth is roughly 26 Million Euro (23 Million Euro). We are pretty sure that he is going to more than double his net worth over the coming years. At Juve he is going to earn an almost scary amount of cash per year. At the moment he is one of Europe's most complete midfielders, he is still not that old and we think his Market Value is extremely high: 47 Million Euro (42 Million Pound).

Ramsey Tattoo - Does he have one?