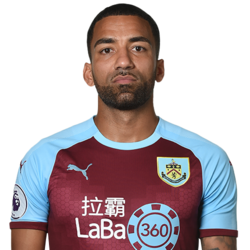 Wow! This means the average man in the UK needs to work for at least 5 years to earn the same as Roadrunner earns in only 1 month.

Once he was worth 20 Million Euro (17 Million Pound) but his market value went down to 5 Million Euro (4.3 Million Pound). This has everything to do with his age. He is not the youngest anymore. This proves his bank balance as well: he is by far the richest player of Burnley. Playing 10 years in the top of the Premier League and attending a couple of tournaments with the Three Lions gives him a net worth of 45 Million Euro (38 Million Pound).

Lennon Tattoo - Does he have one?