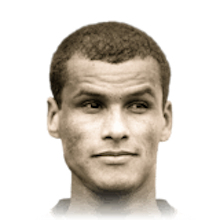 Enthralling fans in the 90s was something that this gentleman did with his extravagant display of skills. As a Brazilian, he made it big in Europe and is still fondly remembered by many. Having obtained innumerable recognition in his career, he's let his talent earn him a very good retirement plan. We think he's worth about 70 Million Euros as of today. He made most of that money from playing football. That's not to say that he didn't have any endorsement deals. This footballing great from Brazil was also on Pele's infamous list, which automatically qualifies him to ours too.

What does Rivaldo currently do?