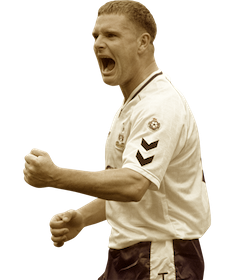 It's a miracle that he's got any money left in the bank. A major hit with the fans, mostly due to his outlandish behavior, this English player wasted away the money that he made from playing football, being addicted to drugs and alcohol. He played in the 80s and 90s and didn't bag any cash from signing mega sponsorship deals. A reckless attitude combined with funds from the game fueled his addictions. The former Rangers midfielder has made at least one or two lawyers rich. After all the fines, the settlements, and legal fees, his net worth is estimated to be about 125,000 Euros.

What does Gascoigne currently do?