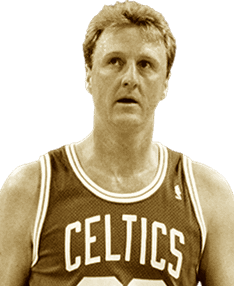 How much did Larry Bird earn?
Larry Bird has a net worth of...

This three-time NBA Champion from French Lick, Indiana, was a one-club man. He played for Celtics all his life after being drafted by the Boston based team in 1978. An impressive athlete, he was also a 2 time MVP in the finals and a three-time MVP in the regular season. Post-retirement, he enjoyed a brief spell as head coach of the Indiana Pacers. The man came from an era when there wasn't big money involved in the sport. It must be surprising for you to see his net worth stand at an estimated 55 Million Dollars.

What does Bird currently do?