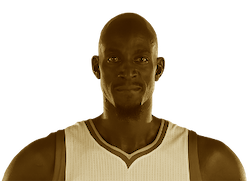 At eleven million more then the now deceased Kobe Bryant, KG is the top-earning athlete in the history of the NBA. His career earnings stand at a whopping $334.3 Million. He was another player who was drafted straight out of high school. Minnesota Timberwolves was where his career began and ended, but he is best known for his time with the Boston Celtics. He has also spent a couple of years with the Brooklyn Nets. The 2008 NBA Champion has a lifelong deal with Adidas, the only major brand that we know is associated with him. His net worth is about 120 Million Dollars approximately.

What does Garnett currently do?