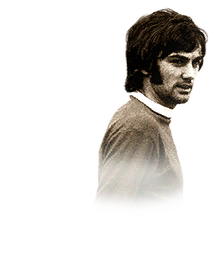 Here's a legend whose career ended before most people get their big breaks. His decline started when he was twenty-two years old. He was with Manchester United at the time, and honestly, the club should have done more to protect this generational talent a lot better. The way in which he handled everything was akin to an amateur, and nobody helped him focus on the most important thing in his life- Football. He spent every bit of money that he made, and we think Bestie was left with just fifty thousand Euros when he passed away in 2005.

What does Best currently do?