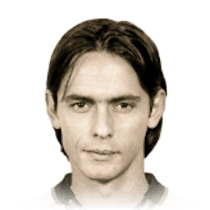 Pippo was a somber athlete that everyone loved to hate. He was not seen as a prominent player. In fact, there have been numerous instances where he has justified all the negative attention that he received. Many complained that the man was incapable of doing anything but poach goals. He did not land any big endorsements and led a quiet life off the pitch. His playing days were spent with some of the biggest clubs in Italy. Milan made him their own, and he stamped his authority on the club in the early 2000s. Our estimates suggest that his net worth could be in the region of 50 Million Euros.

What does Inzaghi currently do?