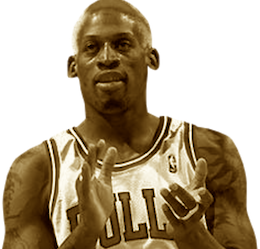 When you've made just $27 million in your entire playing career, shouldn't you have been more sensible with your money? Whom are we kidding? Sensible isn't even the last thing that Worm is. The five-time NBA Champion is a complete freak show. The man was taken to the cleaners by his ex-wives, he was addicted to alcohol, was a degenerate gambler, and a womanizer too. His hedonist behavior has seen him lose out all that he has had in life. We think he's not worth more than 500,000 Dollars now.

What does Rodman currently do?