“Here we go” is the one phrase we look out for during any transfer window. We know for a fact that when Fabrizio Romano comes out with this phrase, we can know for a fact that the deal is done. The Italian sports journalist is one of the most followed in the world and a man you can trust to deliver the truth when it comes to transfer news. Fabrizio’s reputation precedes him, and he has worked incredibly hard to get to where he is right now. Sleepless nights, endless tweeting and hanging out with the right people are what have helped this man achieve his goals.

Born on the 21st of February 1993 in Naples, Italy, this Italian’s career began in 2011 when he first reported about Mauro Icardi’s transfer. Icardi was a nobody back then, but Mr Romano was very excited about the news.He kind of got addicted to the feeling he got from breaking this news to his handful of fans. It’s safe to say that he still gets that rush from reporting on deadline day and transfers in general. As one of the most followed sports journalists in the world, he has a moral responsibility to deliver factual and accurate information to his followers. He seems to be doing it pretty well.


Fabrizio is one of the most hard-working people we have ever known. He has kind of inspired us too. We now follow our passions to the fullest and do everything we can to bring you accurate information. As far as this Italian’s girlfriend goes, well, he hasn’t got one.

Who is Fabrizio Romano currently dating?

This young journalist is married to his work. It is going to be incredibly hard for him to find a girl if he continues to go down this road. As much as we love his work, we would want to see who he ends up with. We’re just curious.

Fabrizio is one of those people who doesn’t talk about anything that’s going on in his life. And that includes his parents too. We’ve tried to dig deep but couldn’t find a shred of information about this man’s personal life. We do know that he isn’t married or have any kids of his own.

This young journalist enjoys a large fan following on social media. However, he hasn’t leveraged any of his accounts for any personal fame or anything like that. He’s a strict professional who clearly understands the nature of his job. Thanks to all his hard work, this young man has already amassed over $2 million in net worth.

How much does Fabrizio Romano earn per year?

Based on all the information we have about him, we estimate this journalist’s yearly earnings to be about $300,000. He makes most of his money from being a journo. The rest of it comes from his endorsement deals. Heineken happens to be his main sponsor, by the way. 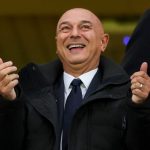