Pernille Harder is a forward for Chelsea FC in the English FA Women’s Super League and a member of the Danish national team. Harder’s career began when she joined Tulstrup-Faurholt’s academy in 1997. Pernille remained with them until, 2005 after which she joined Ikast. She debuted for Team Viborg as a senior in 2007. Three years later, in 2010, this forward was signed with Vejlby Skovbakken Aarhus. Pernille remained with them until 2012, following which she signed with Linköpings FC. In the four seasons, she was with them, Pernille Harder appeared in 88 games and scored 71 goals for the Swedish club. This young lady signed with Wolfsburg in January 2017. Pernille transferred to Chelsea on September 1, 2020, after signing a three-year contract.

Pernille has been in a long term relationship with another teammate for nearly seven years. The first time she met her girlfriend, Magdalena Eriksson, was when she was with Linköpings FC. Magda, who is openly gay, began a relationship with our forward, and the two of them made it public soon after.

Who is Pernille Harder currently dating?

Magdalena moved to Chelsea at the same time Pernille moved to Wolfsburg. The two of them were strong, and despite all the issues that distance brought them and decided that they were made for each other.

The Dane and the Swede now play for the same club and live together in London. They’re not engaged as of now, and it remains to be seen where this relationship is going to go.

Pernille Harder was born in Ikast, Denmark, on November 15, 1992. She grew up in a sports-loving family. Mogens Harder, her father, was a significant football player in Ikast. Annie Harder, her mother, was the first female handball player from Ikast to be picked for DHF’s Jutland talent team. Her mother also played football when she had the opportunity. Playing after school with big sister Louise Harder was nearly always about ball games. Whilst Pernille went on to become a top footballer, Louise chose an entirely different career path. Pernille’s family has been her biggest support to date.

How much does Pernille Harder earn?

Pernille Harder had to prove something for every single training; fight for a place on the team or to get the contract extended. She worked ridiculously hard to get where she is today. This young lady makes nearly $290,000 every year from her contract. That’s a little over $24,000 a month. Reportedly, Pernille Harder also has endorsement deals with Coca Cola, McDonald’s and Nike. If we were to combine all that, her earnings for a year should comfortably reach the $500,000 mark.

Our estimates suggest that Pernille Harder’s net worth could be in the region of $2.5 million.

A record-breaker, Pernille Harder is an exceptional athlete and Chelsea are really lucky to have her on board. 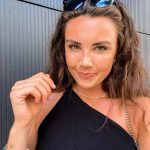