At present, Kadidiatou is not dating anyone because she does not have the time. She wants to make it big in her football career, and she has not achieved all of her goals. However, Kaddidiatou is a famous personality in France, due to which she might get a lot of romantic attention. She is also beautiful and loves fashion and makeup, making male football fans swoon over her.

Who is Kadidiatou Diani currently dating?

Kadidiatou has opted to keep her love life private. She does not want to have a dating life right now because the demands of her career make it impossible to focus on romance. She also does not have a record of ex-boyfriends in her life. Perhaps, one day she will find the man of her dreams.

Kadidiatou grew up in Ivry-sur-Seine, France, under the protective eye of her parents. Her parents were strict but never restrictive in their approach. Kadidiatou picked up football as a hobby during her early childhood years. Back then, girls did not engage in football in their locality. She comes from a humble family background with a conservative value system. Growing up, Kadidiatou was not good at academics. However, she excelled in extracurricular activities and enjoyed them. Throughout her childhood, she focused on sports and maintained a healthy, active lifestyle.

According to Kadidiatou, it would be impossible to become a football star without the help of one person. His name was Serge, a sports leader in the Vitry leisure center. He recognized her talent early in life and helped her to make the most of her opportunities. Following her passion for football, she became the only girl in ES Vitry. She also used music as a support system to get her through all the adversity. She has mentioned some of her favorite musicians in this article.

At the age of 15, she joined Clairefontaine and became a resident at the training center. Kadidiatou would visit her family on the weekends and play for ES Vitry, then called Juvisy FC. She also had a younger sister, Fatoumata, that looked up to her and wanted to follow in her footsteps. Fatoumata would accompany her to the training center to watch her play. Kadidiatou has another younger sister, Hadie, who wants to make a name in the football world. However, Kadidiatou wants her to finish her education before thinking about football.

According to Kadidiatou, respect is the basis for everything. She wants to instil the value of respect and punctuality in her younger sisters. Kadidiatou admits that she has problems with remaining punctual. She is never late to anything, but she is the last one to come on time. Growing up, her parents encouraged her to respect everything she did, from academics to football. Kadidiatou wants to finish her education, but her current focus is football.

Some sources do not mention her net worth, so the estimates might not be accurate. According to this source, her approximate net worth in 2021 is 1 Million Euros, which is inspirational. She earns most of her money through her football career, but she has other sources of income too. Kadidiatou has an interest in fashion and makeup, which enabled her to become a model.

How much does Kadidiatou Diani earn?

Kadidiatou Diani is among the highest-paid footballers in the world, thanks to her deal with PSG. There were some talks about her salary last year. She signed it recently, and PSG did not want to disappoint this football star. They currently pay her £308,000, which is an attempt to match the salary Lyon pays her. Apart from this salary, Kadidiatou makes a decent amount from her sponsorships and modeling gigs. 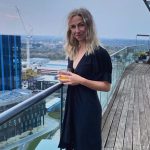