A forward player, Beth England, is an English footballer who plays for Chelsea FC in the Women’s Super League. Ms England’s career began she signed with the Doncaster Rover Belles in 2011. This lady debuted for the team in July 2011 and appeared in 79 games for the club. Beth England remained with them until the end of 2015. In January 2016, this young woman signed with Chelsea. She played the first season with the Blues before being loaned to Liverpool for a season. It was at Merseyside, this player further developed her goal-scoring skills. A year later, she was back in London with Chelsea. She has remained with them since. Beth England has also spent time at Sheffield Wednesday on a loan spell in 2011.

This woman is one of those footballers who is openly gay. She has been one for as long as we know. This woman started out playing with the boys, and they’ve been an important part of her career, and that’s where the buck ends. In Beth’s personal life, she’s a strict lesbian, and there are no plays for the menfolk. So, if you’re a man reading this and if you happen to fancy her, look elsewhere because this woman is not into it.

Who is Beth England currently dating?

Although we don’t have every bit of information about all the women Beth has dated so far, we do know that she’s in a relationship with another footballer named Stephanie Williams. Steph is a Welsh lady who plays for Oxford United. She has also represented Cardiff City LFC and Yeovil Town. We’re not entirely sure when these two began dating or how they met, but they’ve been going strong for a while now. They’re in love and admire each other for all the good they see. We’d love to see where this relationship heads to in the future.

Ms England was born as Bethany England on June 3, 1994, in Barnsley, England. She has a twin sister, Laura, who is older than her by 30 seconds and another older sister. She spent the first eighteen years of her life in Barnsley before moving out. Beth’s mum and dad have remained out of the public eye. She began playing with a lad named Josh and joined a team called Junior Tykes, which was her first team ever. Ms England also attended Sheffield United’s academy along with her sister as a youth.

The only endorsement deal that Beth has, and that we know of, happens to be with Adidas. It’s reported that she makes an additional $5000 a month, thanks to her deal with the German company.
We think Beth England could be worth about $250,000 based on our calculations.

How much does Beth England earn?

This English forward, who plays for the Blues in the WSL, earns an approximate $150,000 a year from her contract. That’s $12500 a month. Although it might not look like much, Beth’s performances on the field indicate that she could be in for a better wage deal in the coming years. 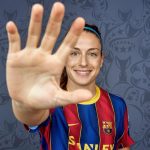 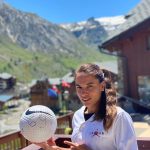